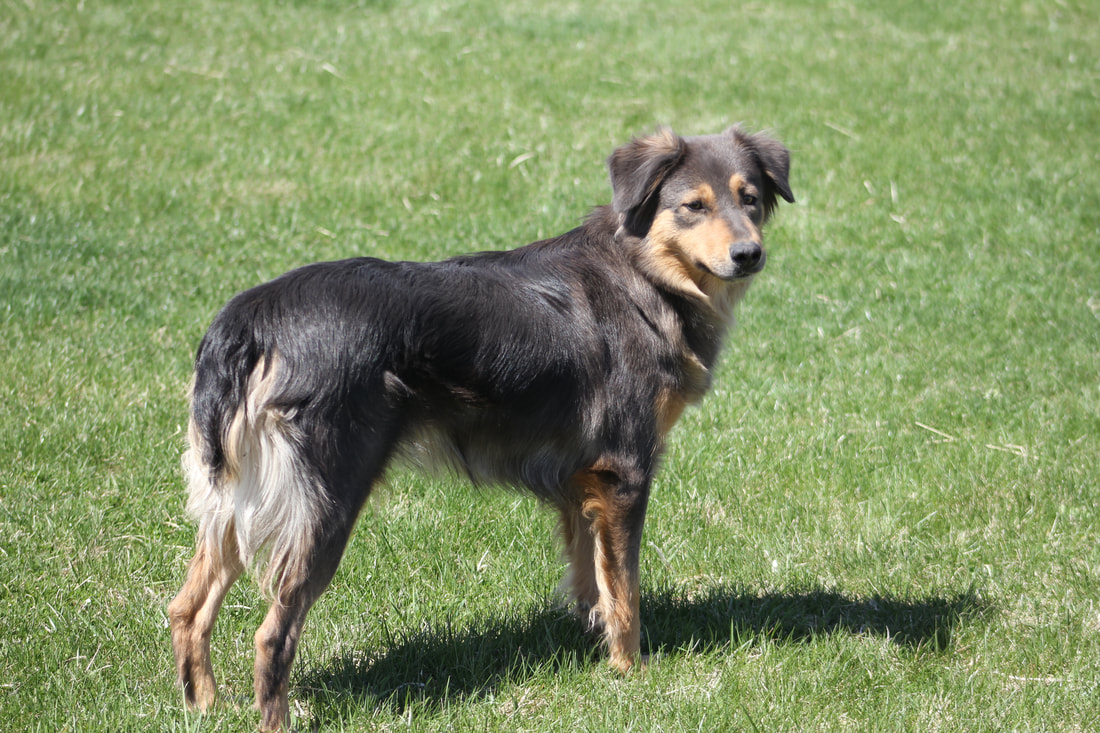 Nova comes to us from our friend TickLWoods in Ontaraio, Canada, she is a very smart and quick thinking dog; Nova has a darling personality and loves children and is my only dog that plays hide & go seek with my son. Nova is always thinking, she will lay down to settle but she her mind is working the whole time. Nova's grandsire is WTCH HS Dan the Man PATDcs ATD-Md RTDsc; Dan is the 2018 winner of the Calgary Stampede World Stockdog Championships and the first Australian Shepherd to do so. She is linebred on Vest and her pedigree also includes HOF PCH WTCH Chuckanut Royal Secret RTDcs PATDcs CDX AFTDs ATD-Md, WTCH Rockin C On The Road Again CD GS-N JS-N RE, HOF WTCH Vest's Bell Star Kate RTDs and HOF Vest's Bell Star Gator.

Nova does have to separated from our other dog Dany because of fights which Nova does cause; she gets along fine with any of my other dogs both male and female. Their fighting began because Nova wants to herd the other dogs and block Dany...and Dany does not like that. For the safety of everyone, we separate these two from being outside together. They would be fine to be leashed together or kenneled near each other, the issue arises when there is high energy & excitement.

**Nova is a genetically tested Blue Merle (please see results posted below), while her color is visually interesting, it is not rare. She does not carry the genes for dilute, yellow, saddleback, or sable and yes we will be testing her merle length with UC-Davis and suspect that she is Ma+ based on phenotype. We are NOT color breeding and we purchased her knowing that she was a merle, you can see the patches on her puppy coat and in person but so far the camera has struggled with picking them up. However, I know purebred enthusiasts will raise an eyebrow about her color and I respect their hesitation and questioning based on the Australian Shepherd Breed Standard**

Nova will definitely be entering in Barn Hunt in 2023; she has had her first lesson and took to it right away like a duck to water.

Nova is taking herding lessons, she has a strong interest and is interested in keeping her group together and skilled at motivating her stock to move. She does not bark while working. So far she has been training on sheep & ducks.

Nova had her DNA submitted for testing with Embark; she came back full panel clear which we expected based off her parent's results. We will also be testing Nova's Merle length with UC -Davis.
Nova's DNA Results
Nova's Embark Color DNA results; she is not a Yellow, Dilute or Sable, she is a Blue Merle. 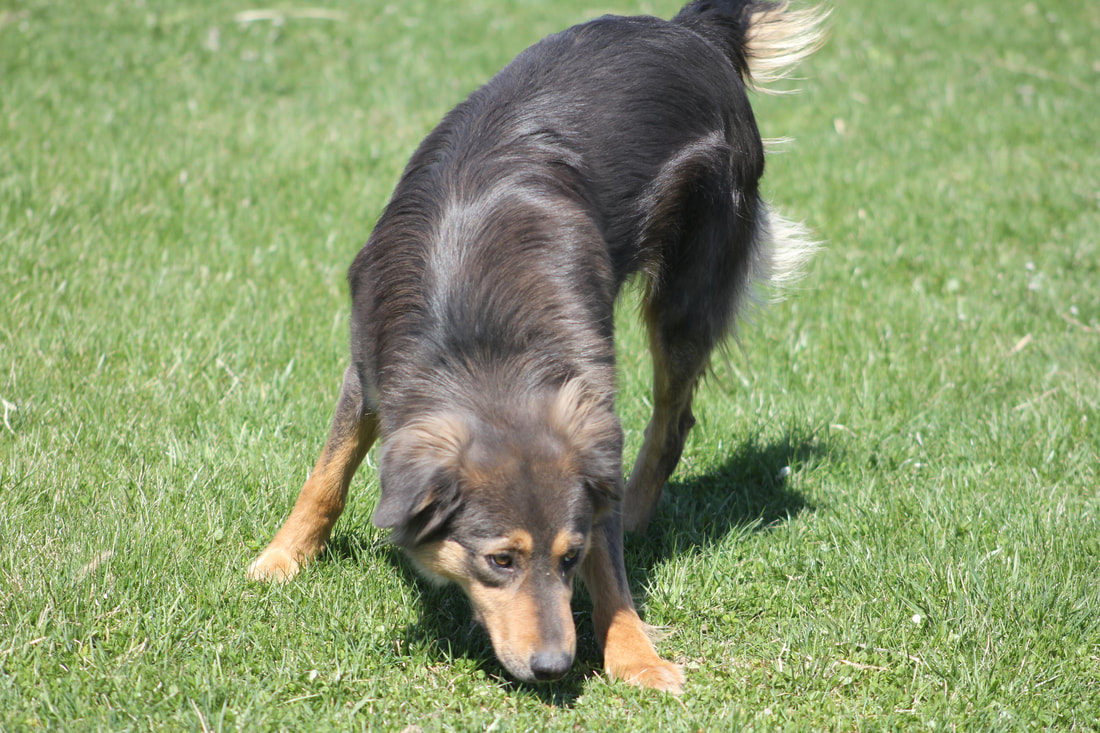