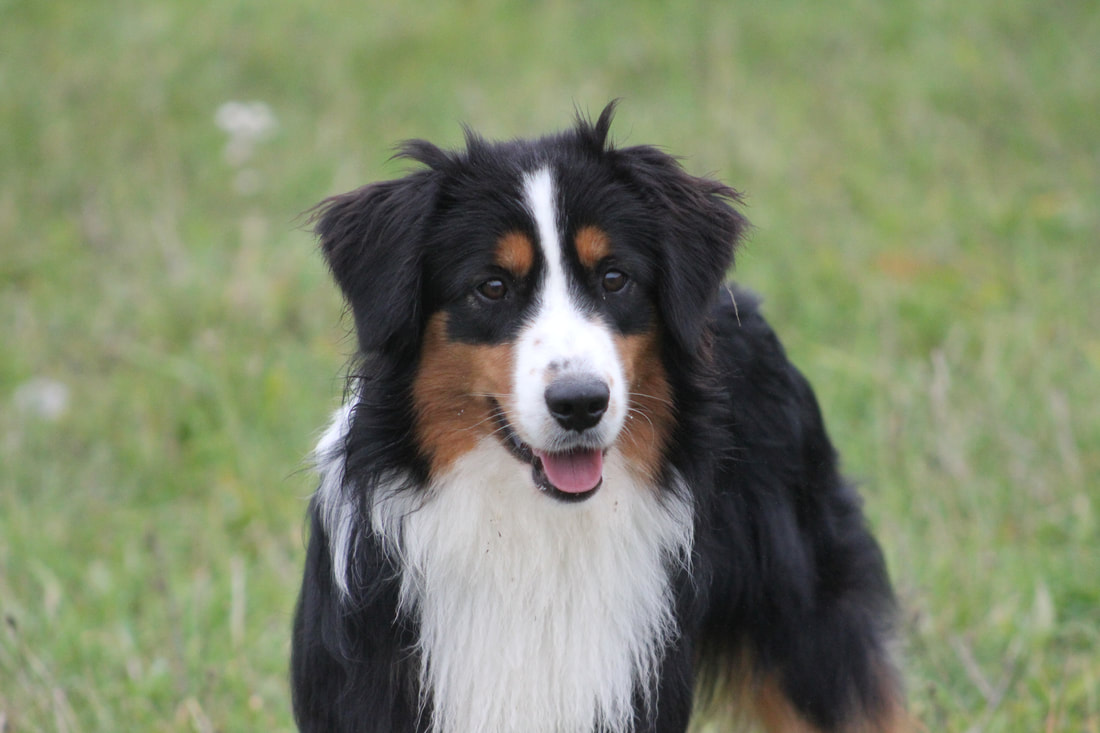 It would not be an exaggeration to say that the day I met Parker, I had NO plans to purchase a puppy and especially not a male puppy; I met him while spending time with two friends doing a litter evaluation and Parker evaluated as the best of his litter. He is naturally a gentle soul, playful and sweet who followed me everywhere I walked and loved to give kisses.

Parker is oversize, and has wicketed at 19.5" at 18 months old; we were hoping he would be smaller than he is, one of his littermates is 14" but despite his large size he does have a lot to offer, it just means that he will not be entering into the conformation ring which is a shame. We had plans to enter him in the puppy classes, but of course COVID and 2020 changed all of that. Parker is an amazing disc partner with lots of speed, quick starts and turns, and a love for flying through the air to snatch his plastic prey. 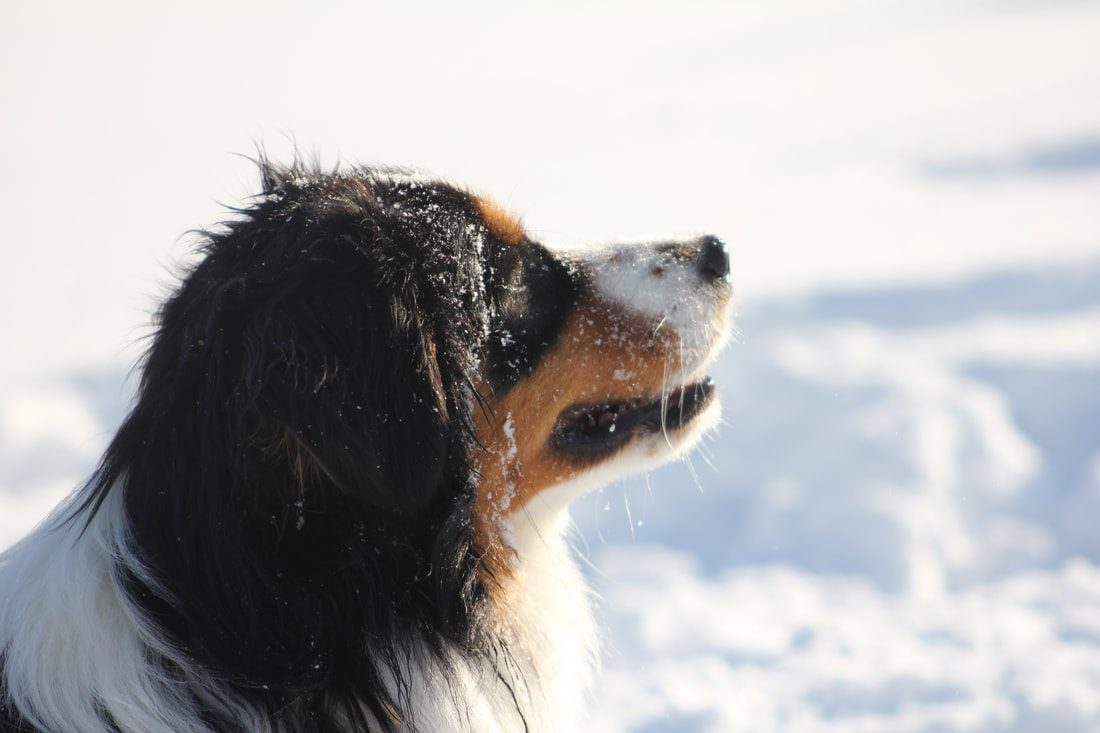 November 2020
Parker entered his first Up Dog games and played with Team Davison in the Winter K-9 Toss & Fetch League. Parker is still working on his skills, but he did wonderfully for his first times out and is going to be a phenomenal disc partner. He loves to leap in the air and really knows how to turn on the burners for a speed boost and has a fast recall. As of Summer of 2021, my husband has decided that Parker is his disc dog and they have entered a few UpDog competitions and its going well, Parker is very fast and building up his confidence at competitions; Parker is currently competing with both of us.

One of Parker's favorite moves to pull when we are playing with the pack, he runs a wide left flank and jumps like a shark through the air to come around the other dogs and snag the discs while they are busy running down the disc head on.

Parker has earned his Bronze in Throw & Go, Far Out & Funkey!
Parker's Up Dog Page 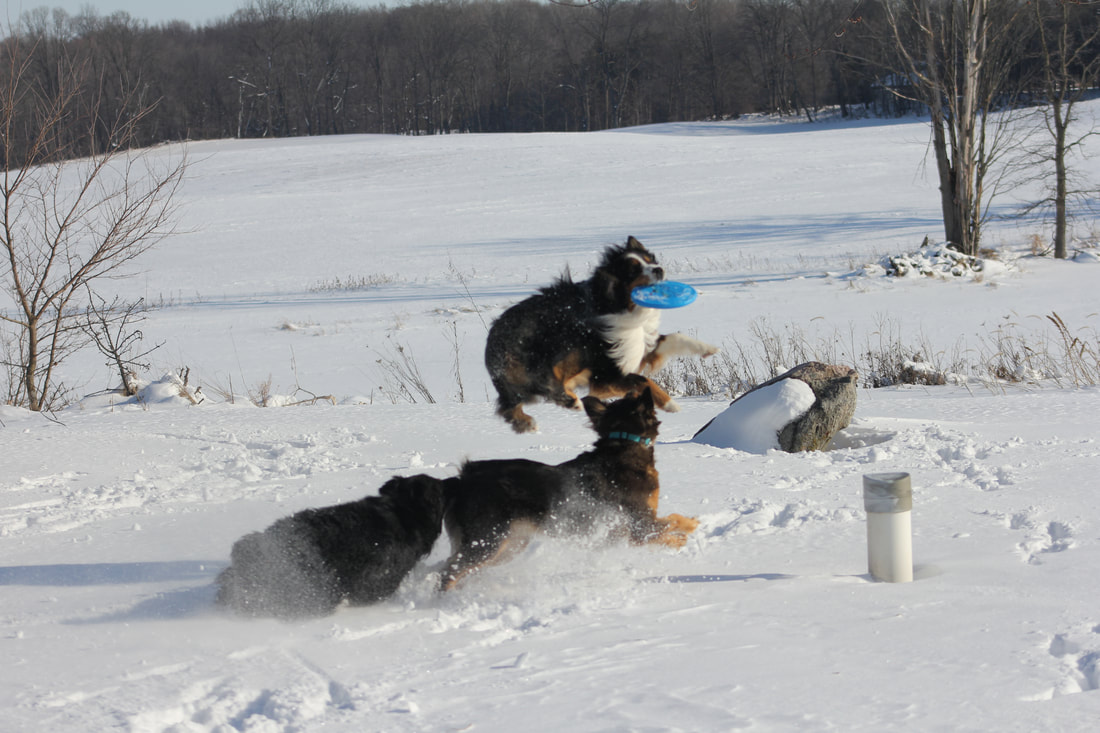 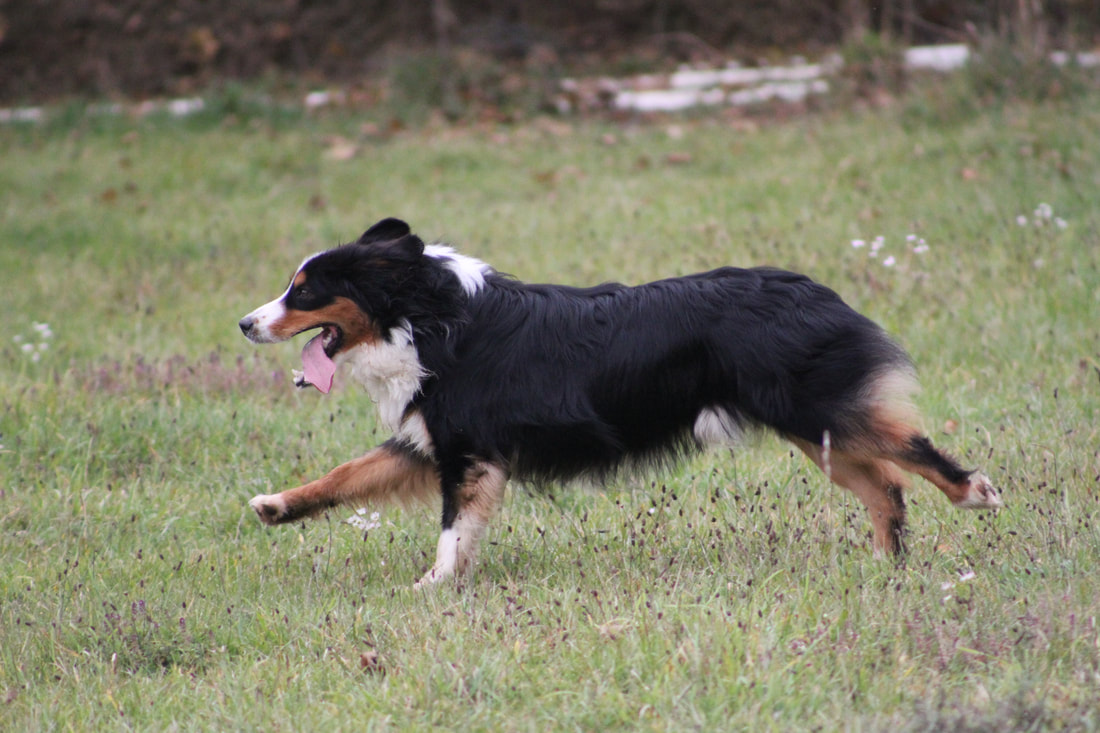 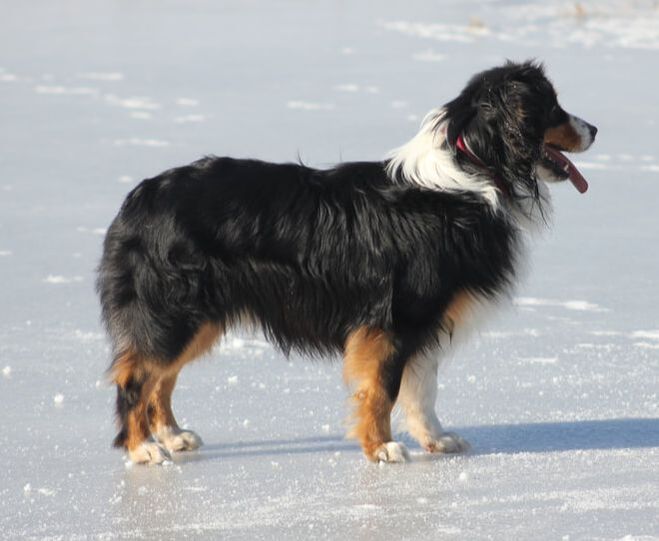 Parker loves to play in the water and swim, with how much he enjoys the water - we will have to take him to some dock diving classes and see if we can get him jumping off the dock. We always have a kiddie pool in the summer and Parker loves to lay down in the nice cool water. 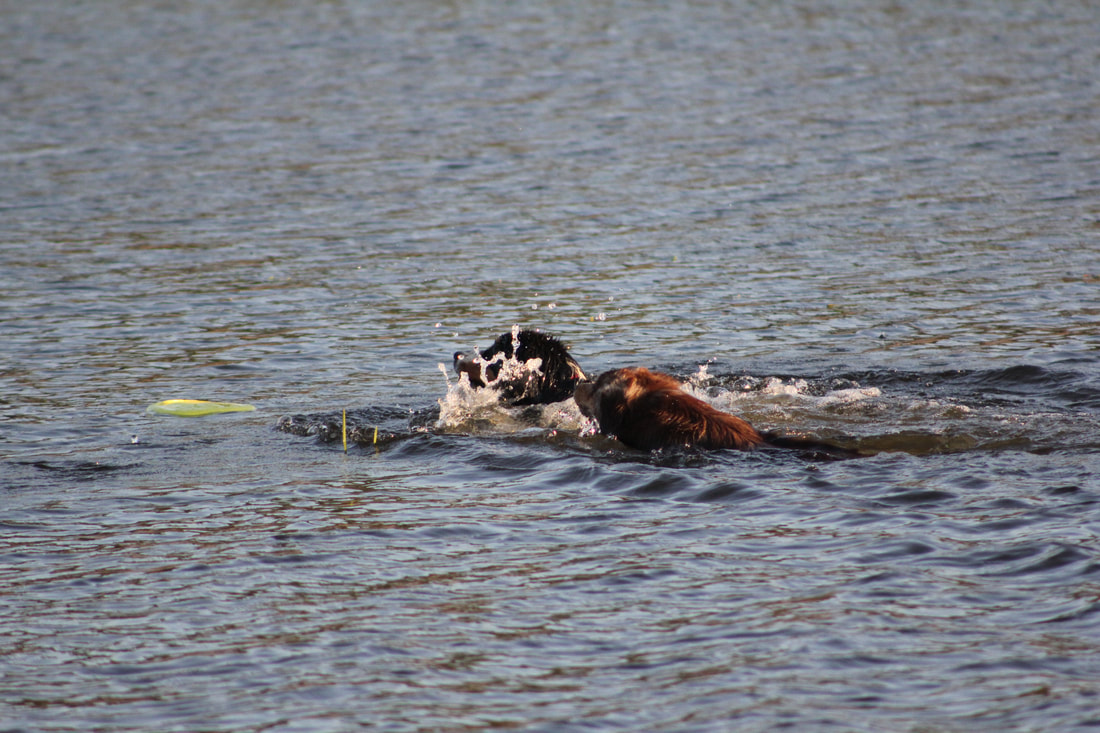